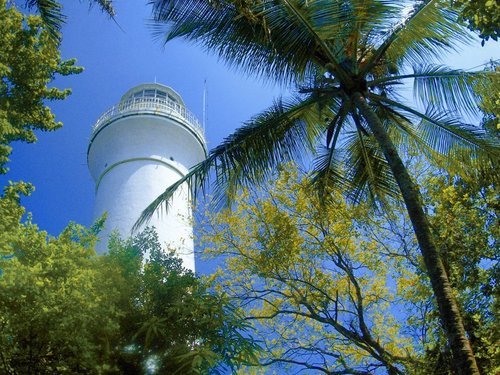 It may undoubtedly surprise you to learn that the United States has the most lighthouses in the world, and within the US, the state of Michigan is the best represented. This is accounted for by the fact that the state is home to the Great Lakes, that connect to the Atlantic Ocean. There are currently 115 lighthouses in Michigan alone, and they are actually considered tourist attractions, with visitors able to admire their unique architecture.

The first lighthouse keeper in the US, was also, unfortunately, the first to die while undertaking his duties. George Worthylake was appointed as the keeper on Little Brewster Island, looking after the Boston Light. This was the very first lighthouse in the US, built in 1716. Worthylake was expected to live on the island and keep the light burning during the hours of darkness, accompanied by his wife and daughter. They all drowned following the capsize of a canoe in which they were travelling.

Can You Buy an American Lighthouse?

The life of a lighthouse keeper has been somewhat romanticized over the years, and people often dream of experiencing it for themselves. Surprisingly, it’s relatively simple to buy a lighthouse at an affordable price in the US. However, the ongoing maintenance costs can be prohibitive, taking into account the age of the structure. One example is that of the Fairport Harbor West Breakwater Light, which was put for auction in 2011 and sold for $71,010, to be turned into a private residence.

The Most Expensive Lighthouse in America

As regards building costs, the most expensive lighthouse in the US is that of St. George Reef, off the coast of California. Constructed over a period of 10 years, it was finally completed in 1892, at the cost of $715,000. It remained in use until 1972. The lighthouse was actually built on a rocky island, six miles out to sea, and being the keeper was a dangerous and lonely occupation. The keepers were not allowed to bring their families, and the lighthouse was often the centre of violent storms.

The Sandy Hook Light is the oldest operating lighthouse in the US and is located in Monmouth County. It was initially switched on in 1794, and its light has continued to burn ever since. It is easily recognized by its unusual octagonal shape and characteristic red roof.

Even today, lighthouses are still used as an aid to navigation, despite advances in maritime technology. Still, the buildings are not actually covered by employed staff. During their heyday, there were over 1500 lighthouses in America, most of them built and maintained by the Coast Guard. Today, they are the responsibility of the National Park Service and are protected by the National Historic Lighthouse Preservation Act.